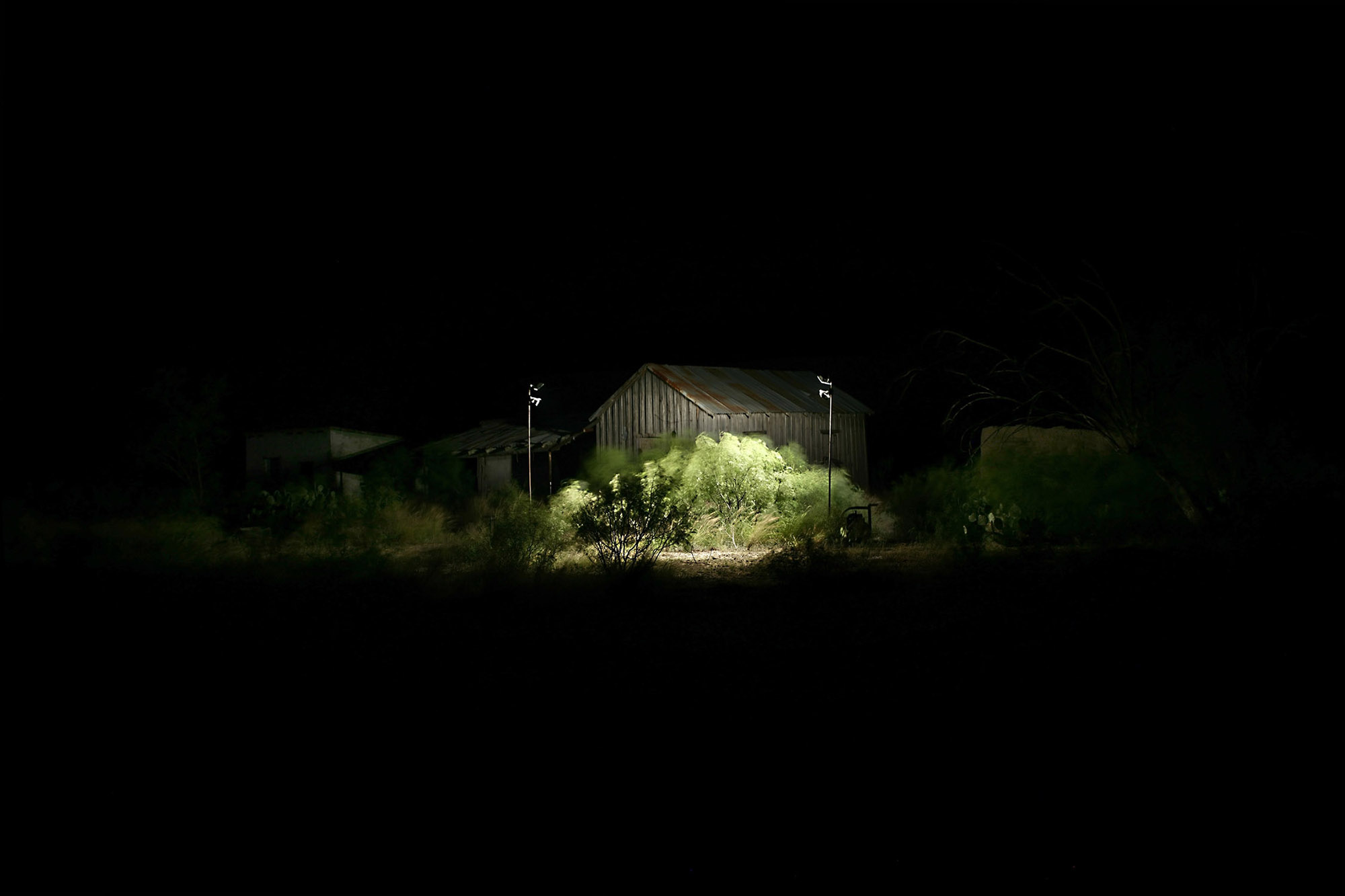 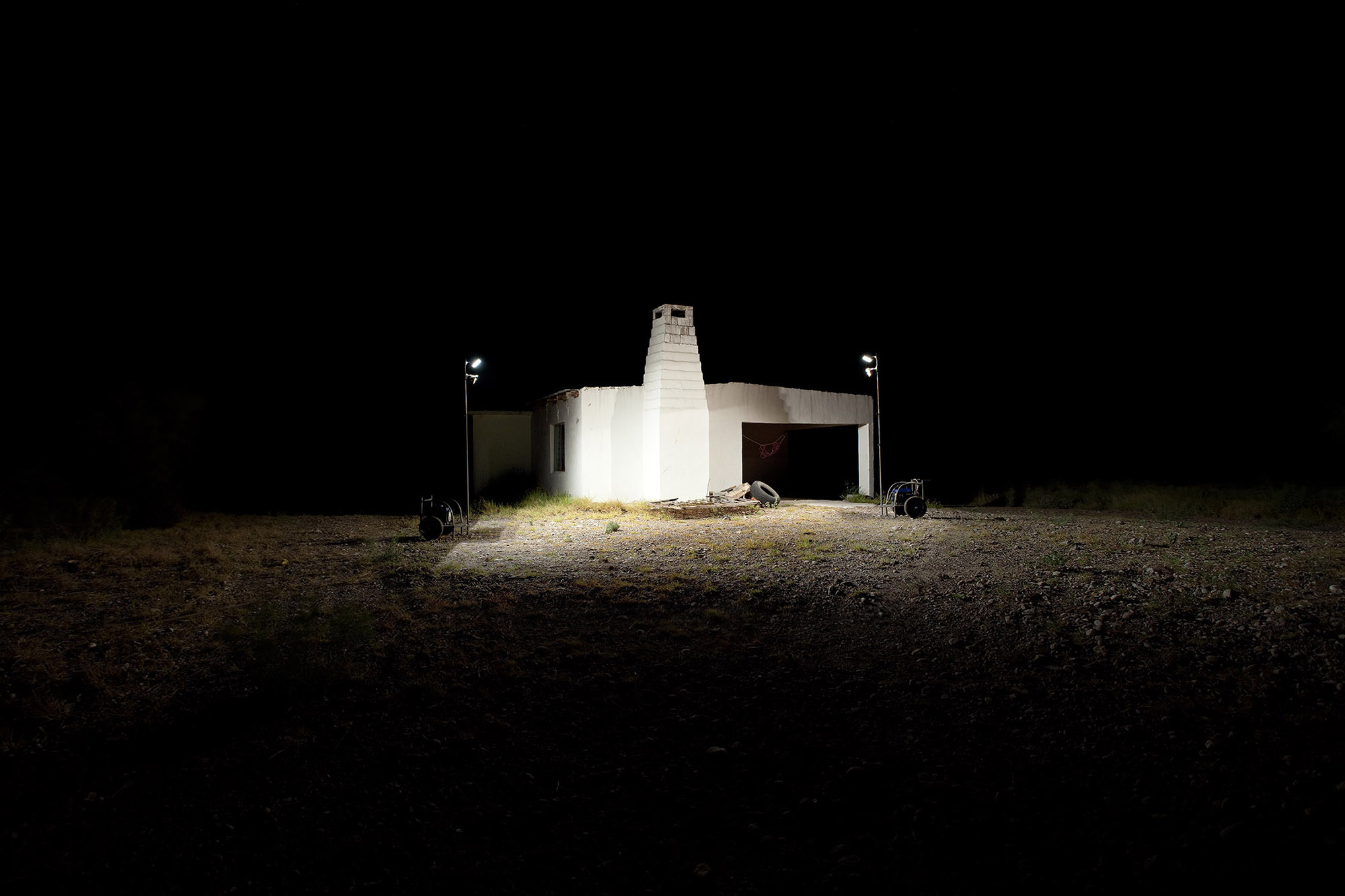 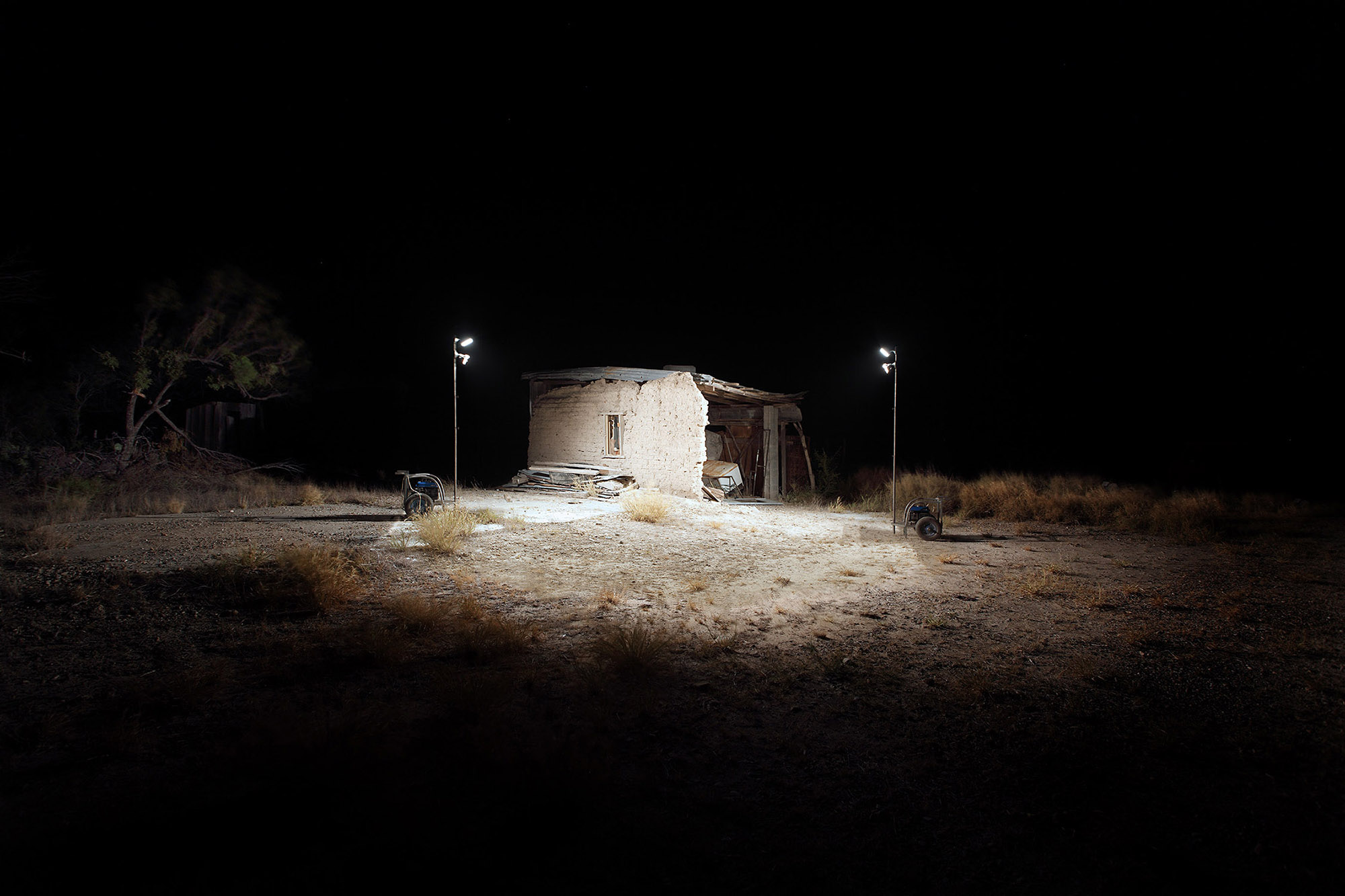 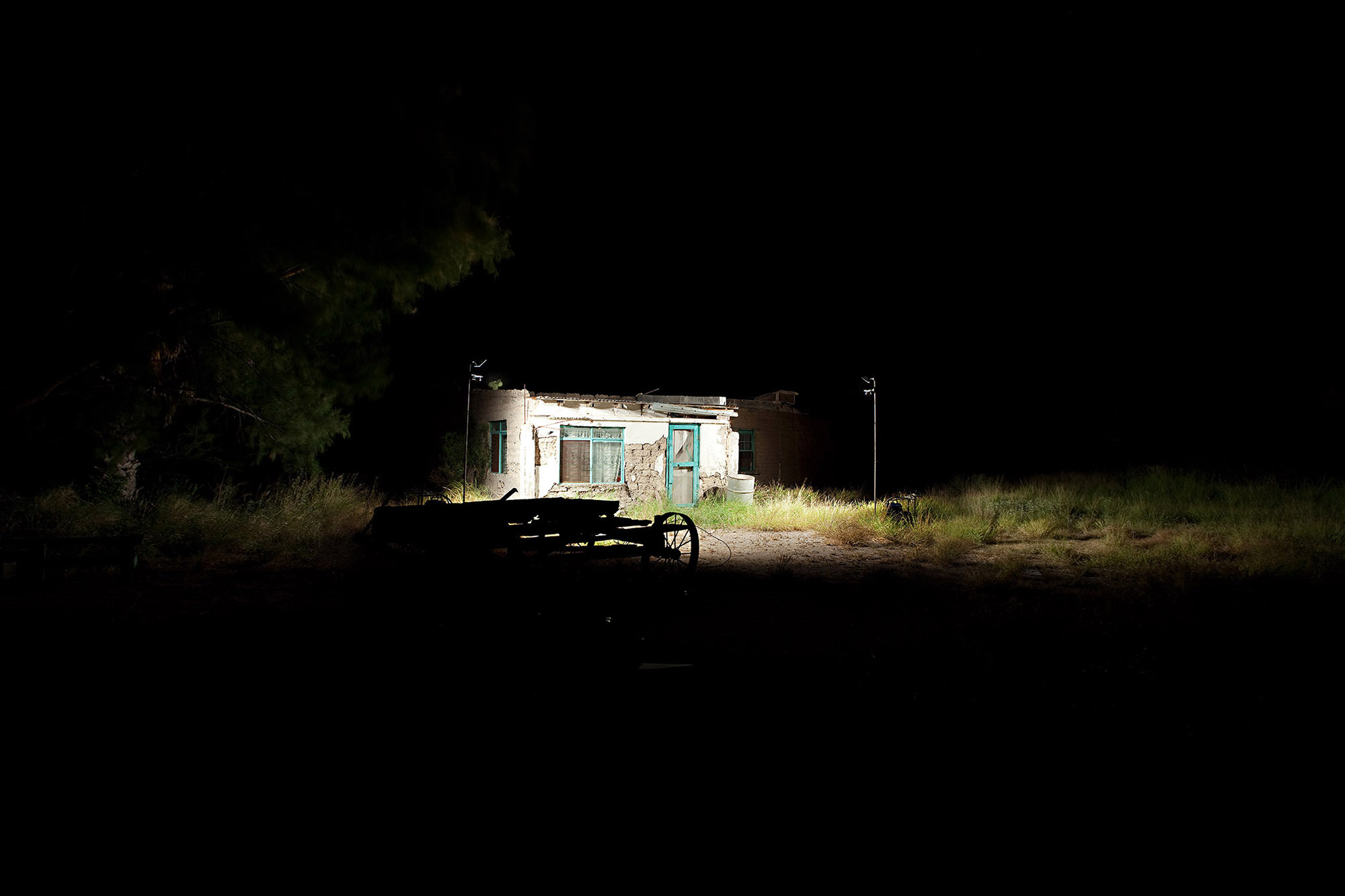 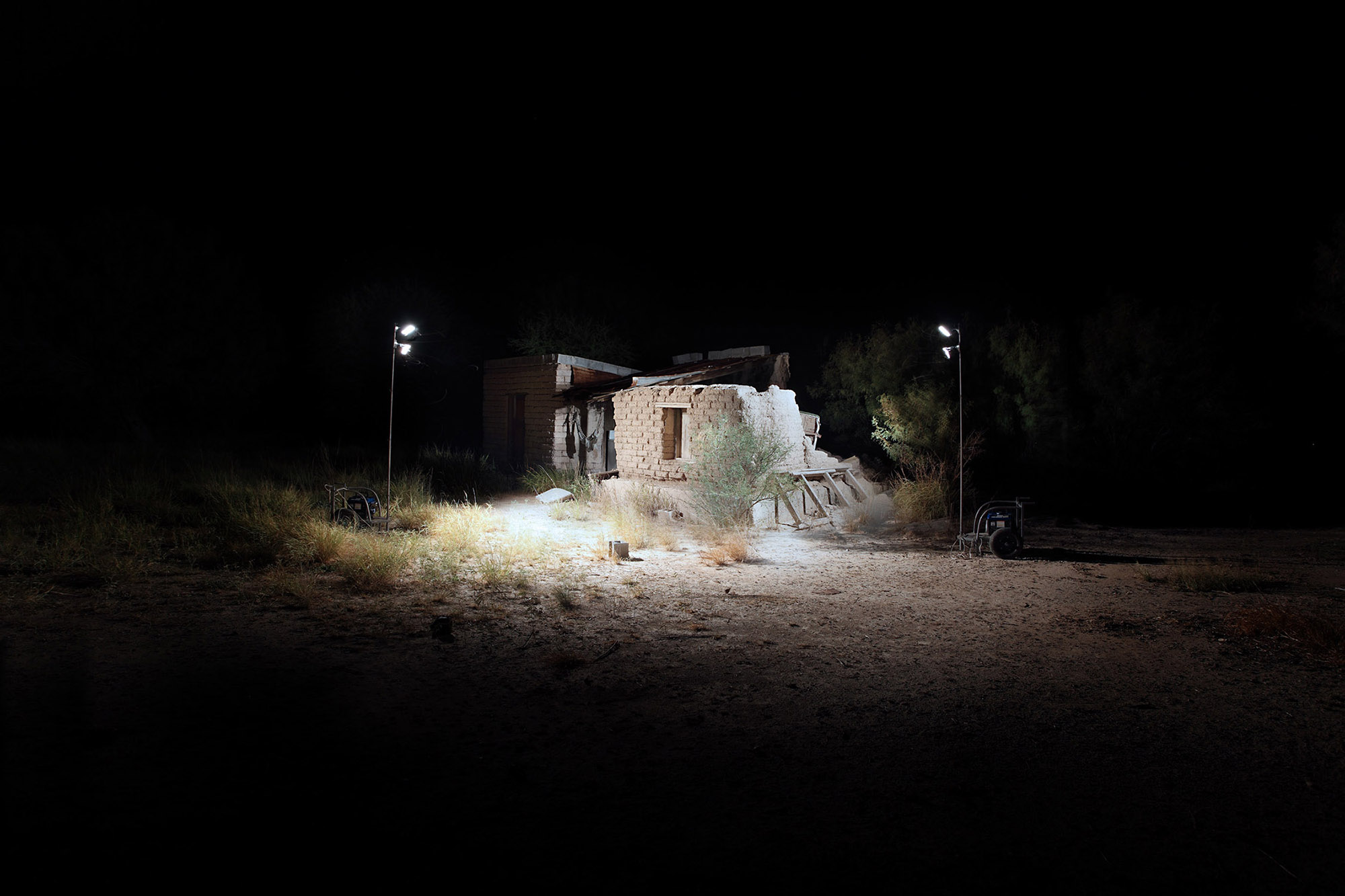 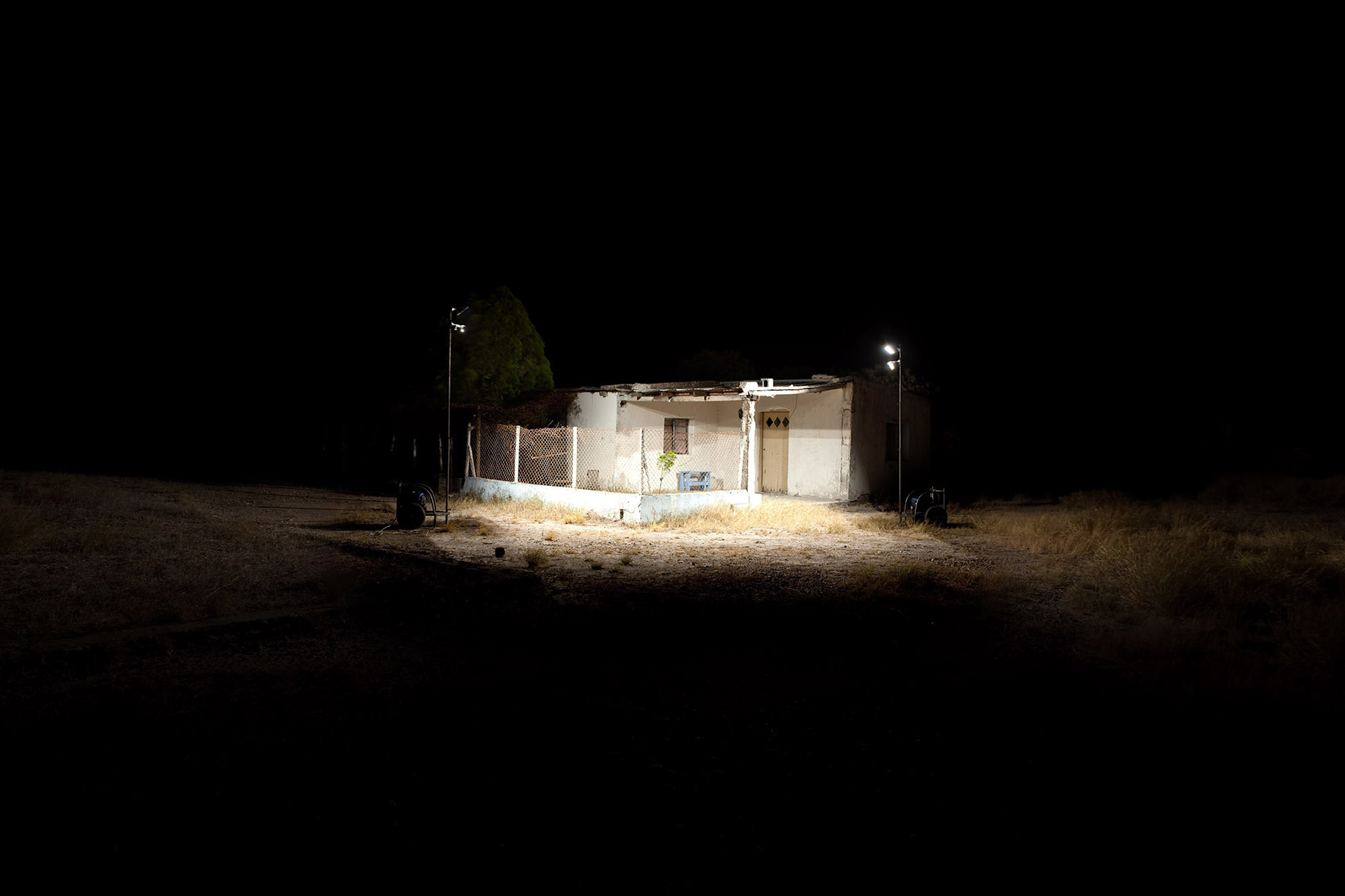 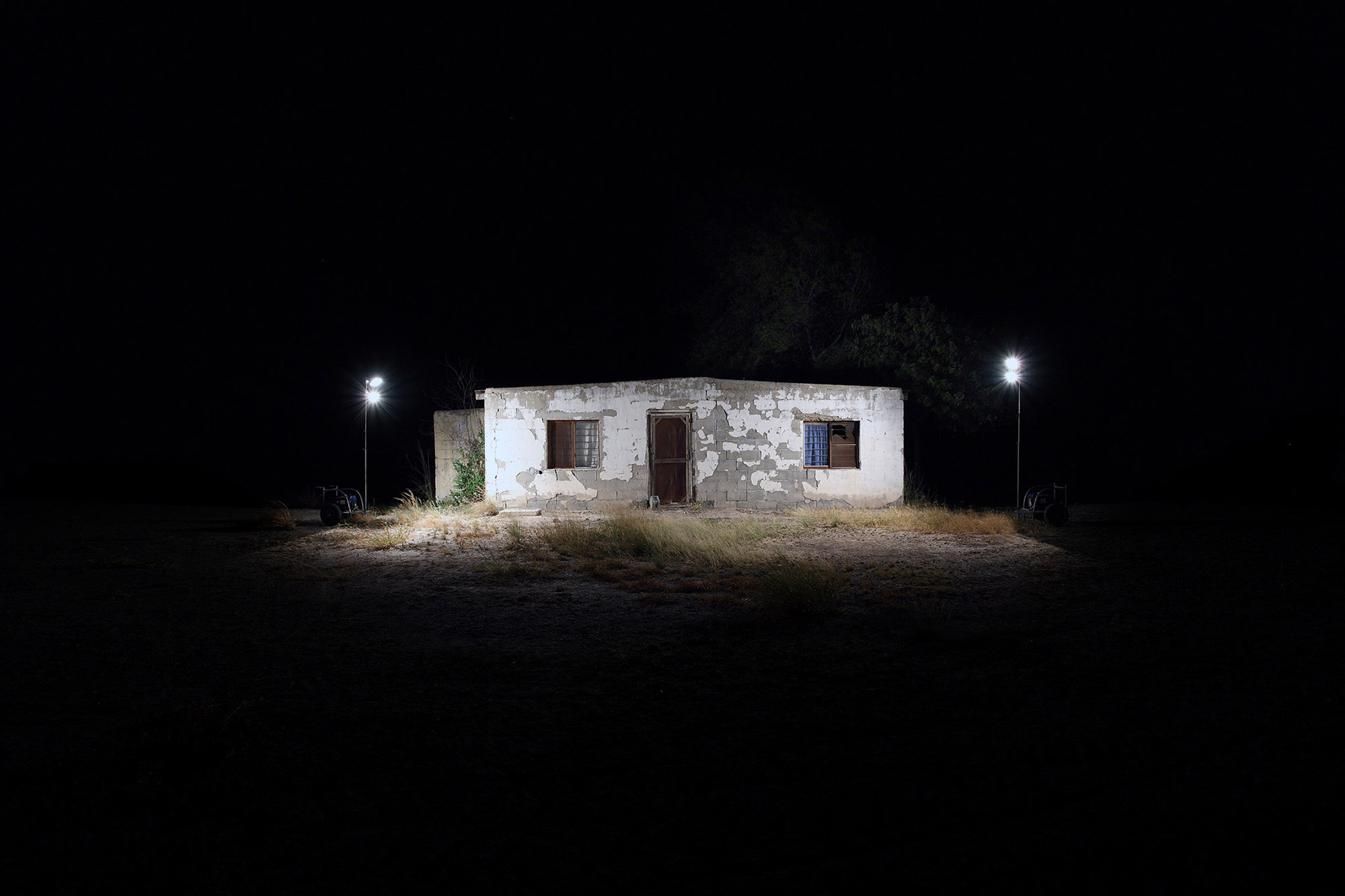 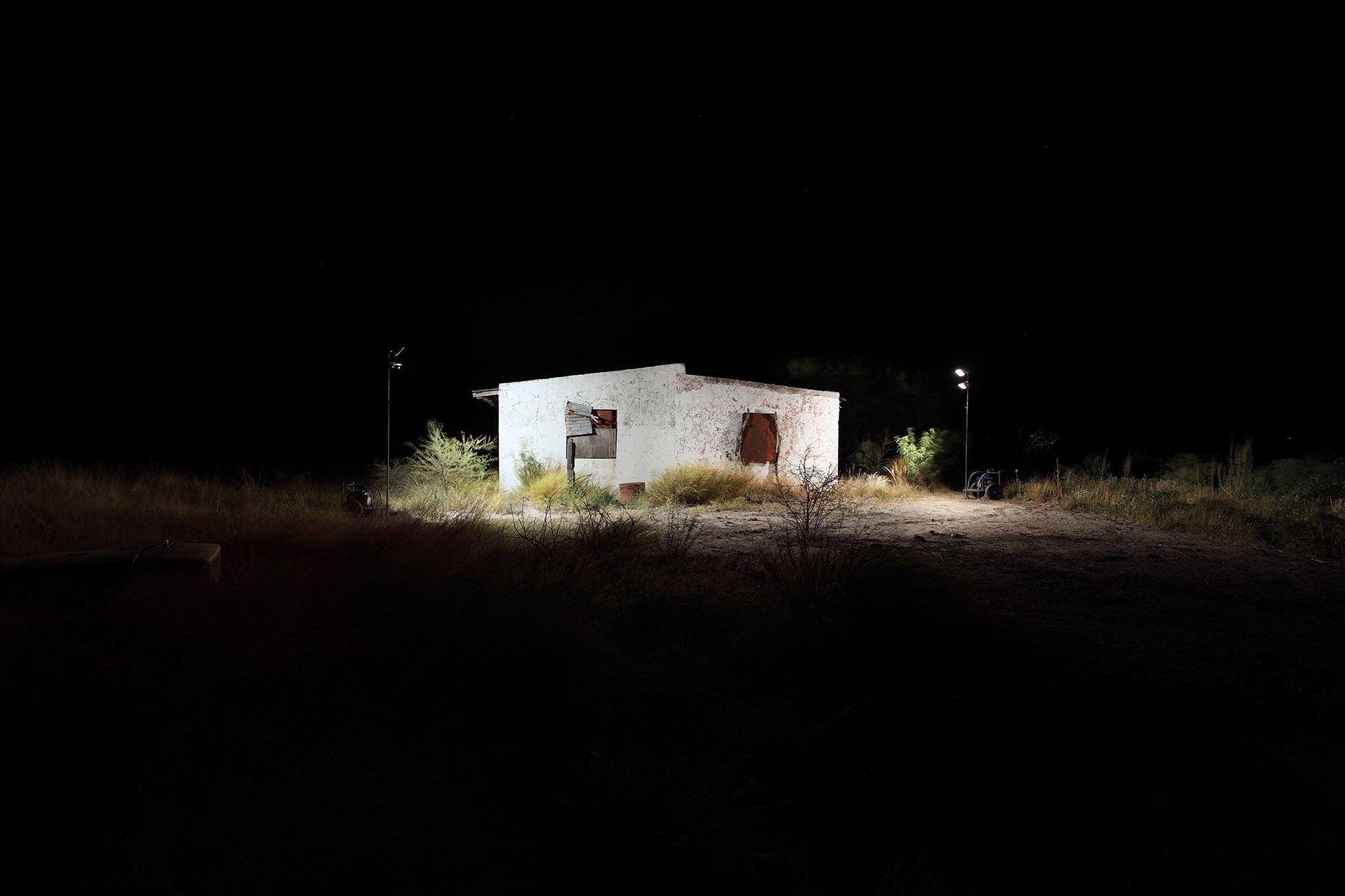 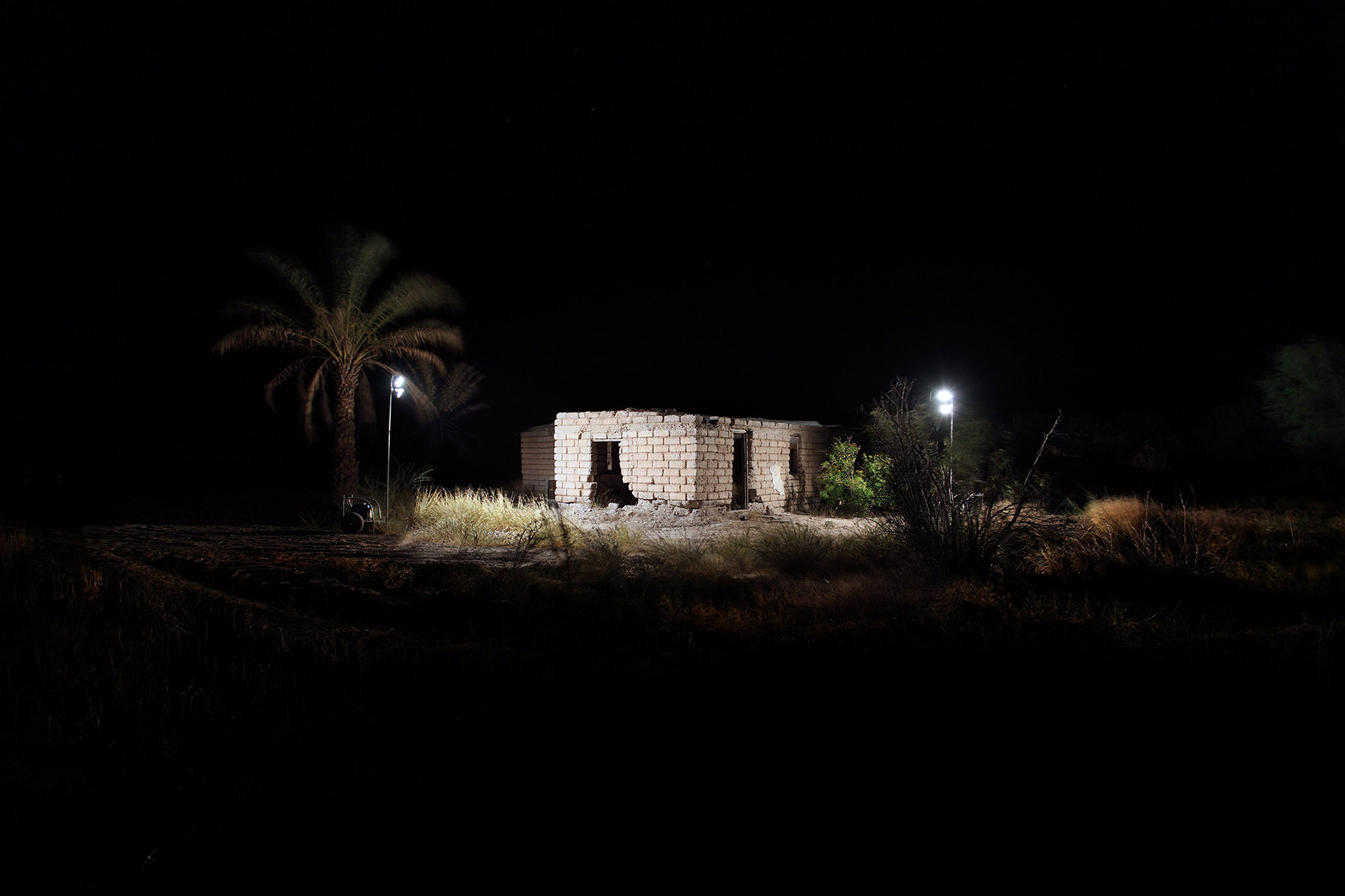 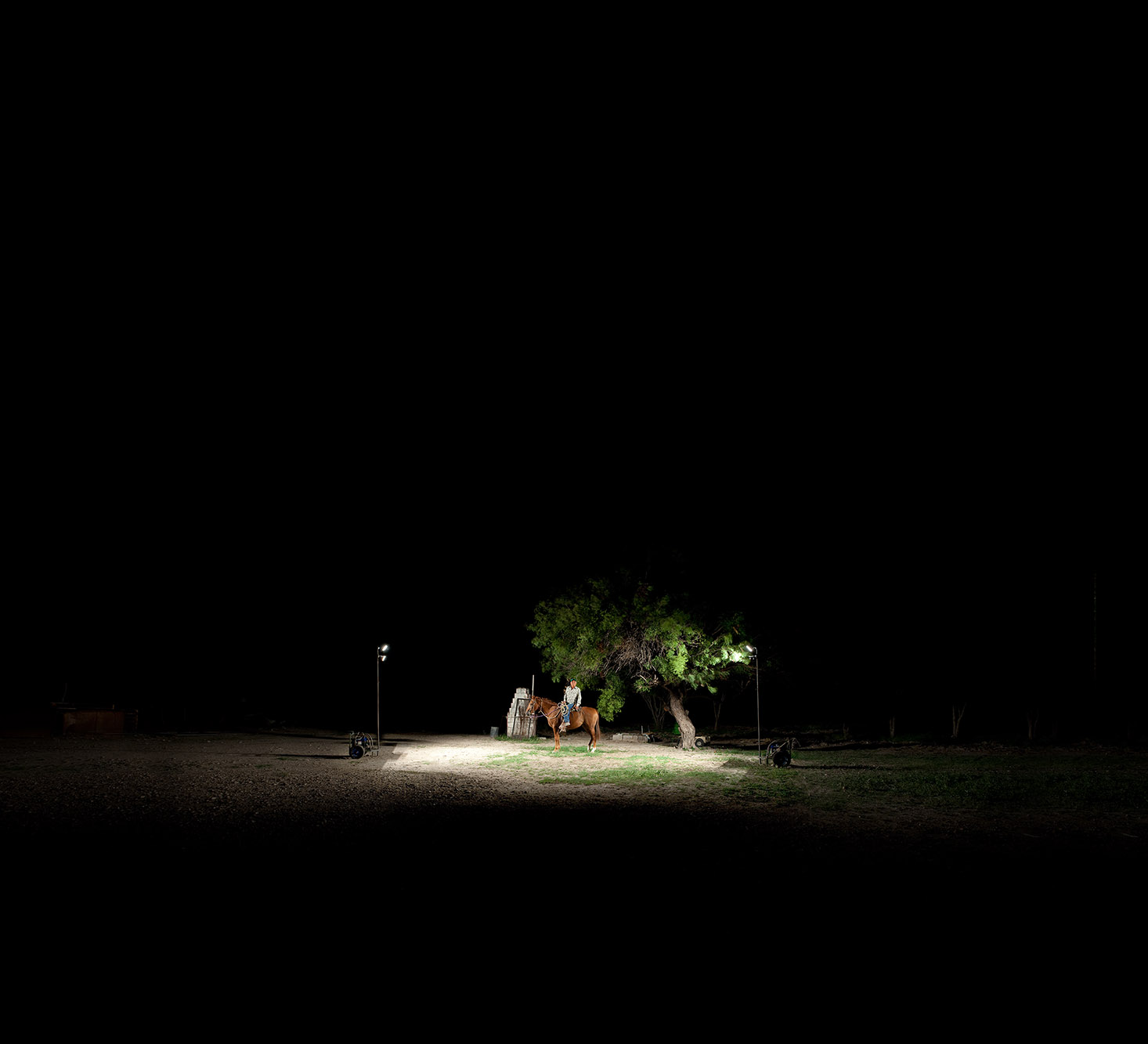 But when the night wind unleashes itself and its thousands of hammers pound the earth,
the spirit returns to its origins, to its frightening beginnings,
when there was nothing more than the groans of fearful anticipation.
José Revueltas – Human Grief

The work presented here is a series of photographs of abandoned houses in the Estate of Anahuac, on the north of Mexico, in the irrigators distrtict the 15th. The houses were light at night, as if they were monuments, leaving the lamps in the scene to acknowledge the technological gap of the zone, and the process of lighting. Highlighting their aesthetic categories and their qualities as documents and ruins. In this work I was interested in portraying a disappearing way of life through these images, and the impact in the use of land. One of the houses was of the sister of my grandfather. After the NAFTA treaty the prices of grains in Mexico dropped dramatically, making impossible for the independent farmers to keep working the fields. After a severe drought the people had to flee to other areas nearby or to work in the United States.

This project is complemented by the videos of the abandoned fields, a massive photograph of the cemetery and a portrait of the only survivor of the district.