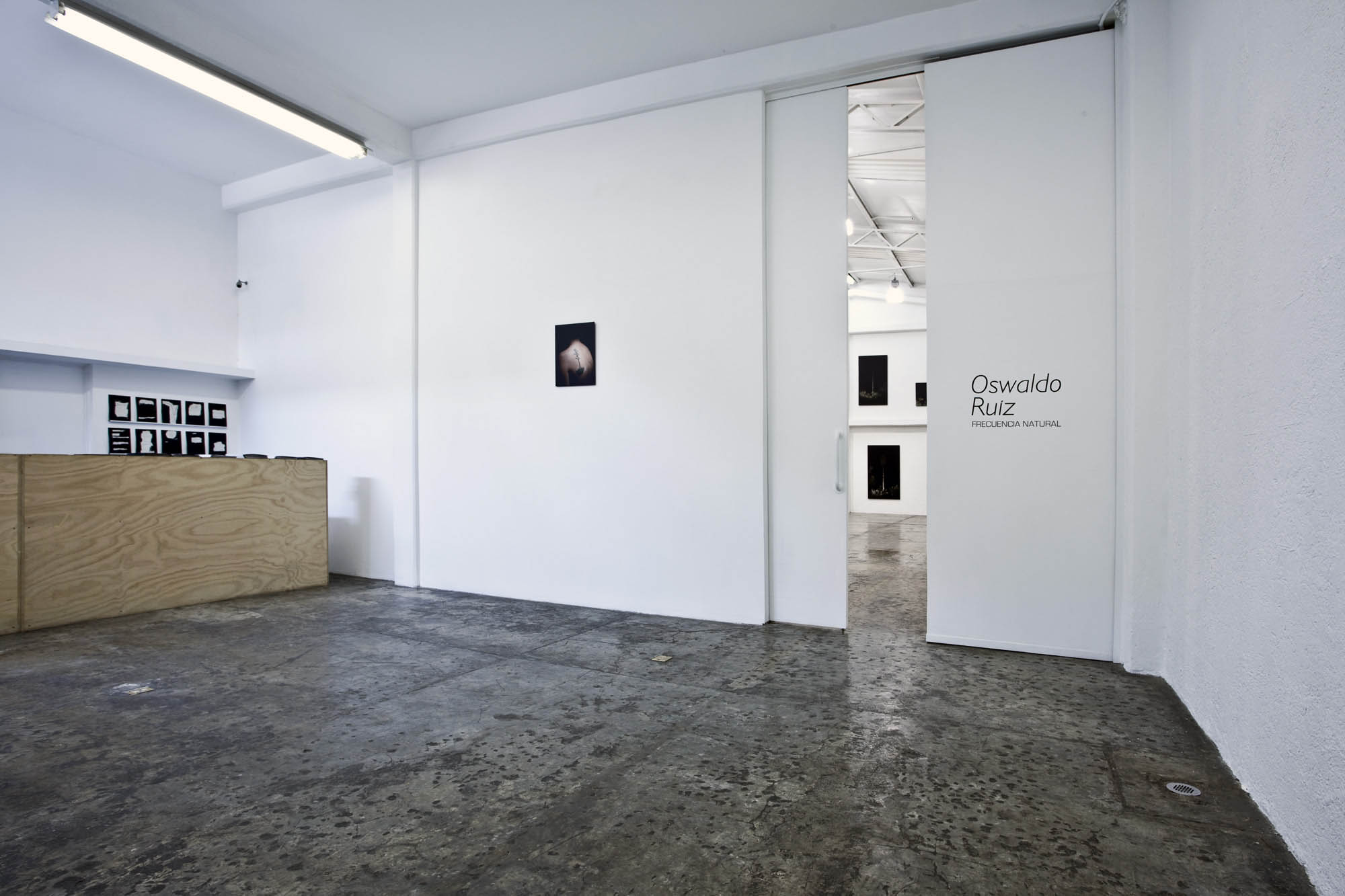 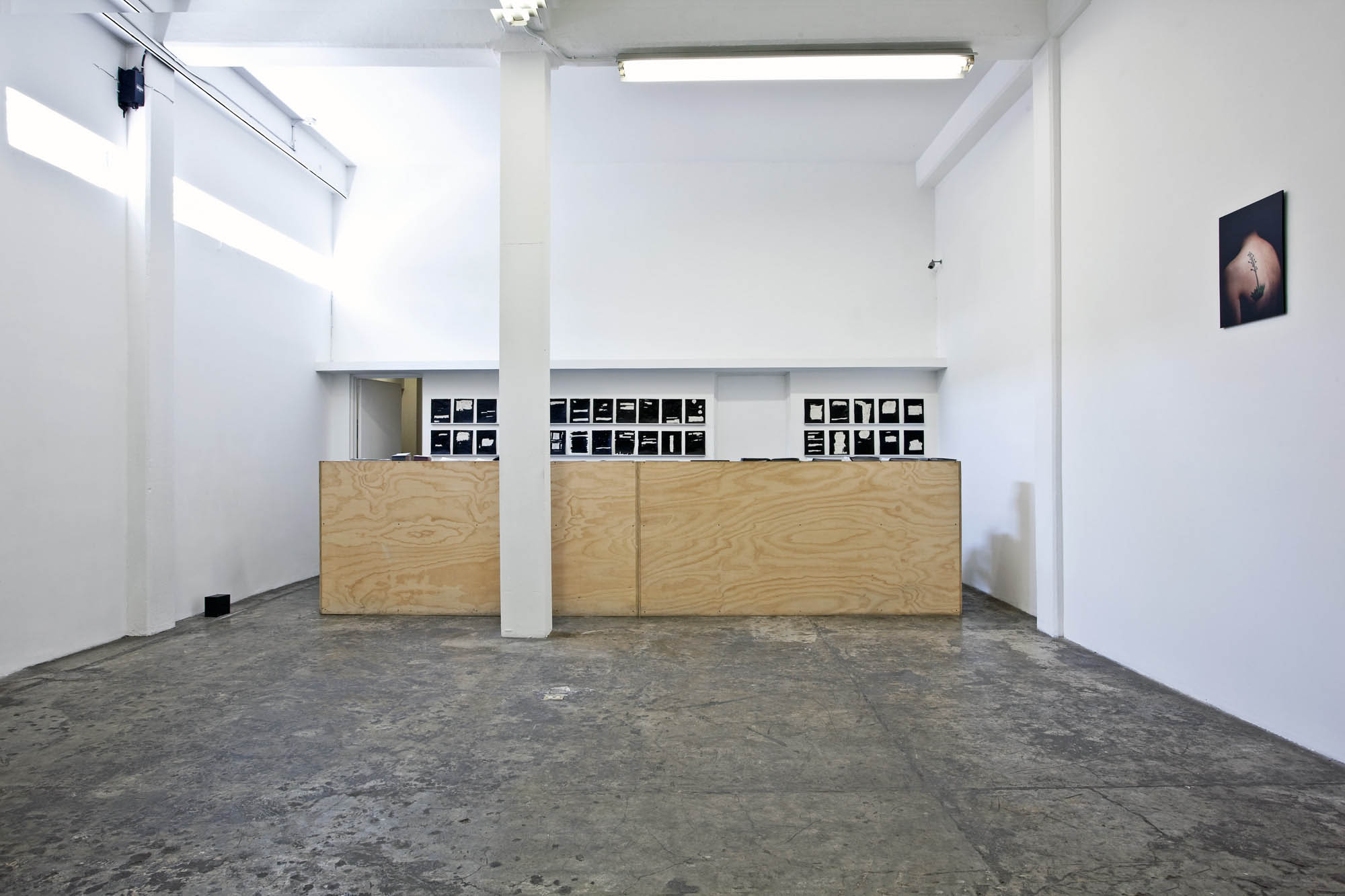 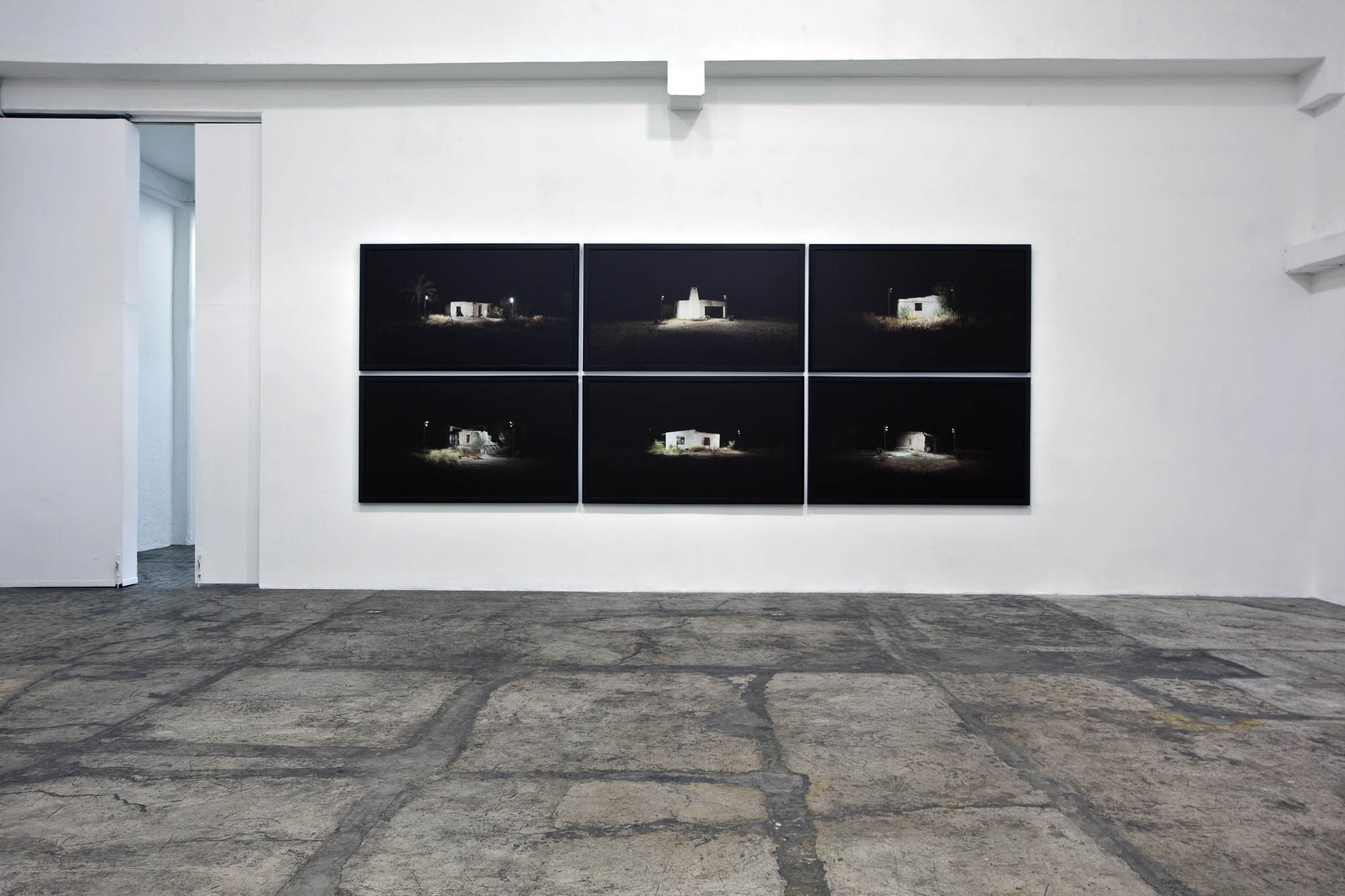 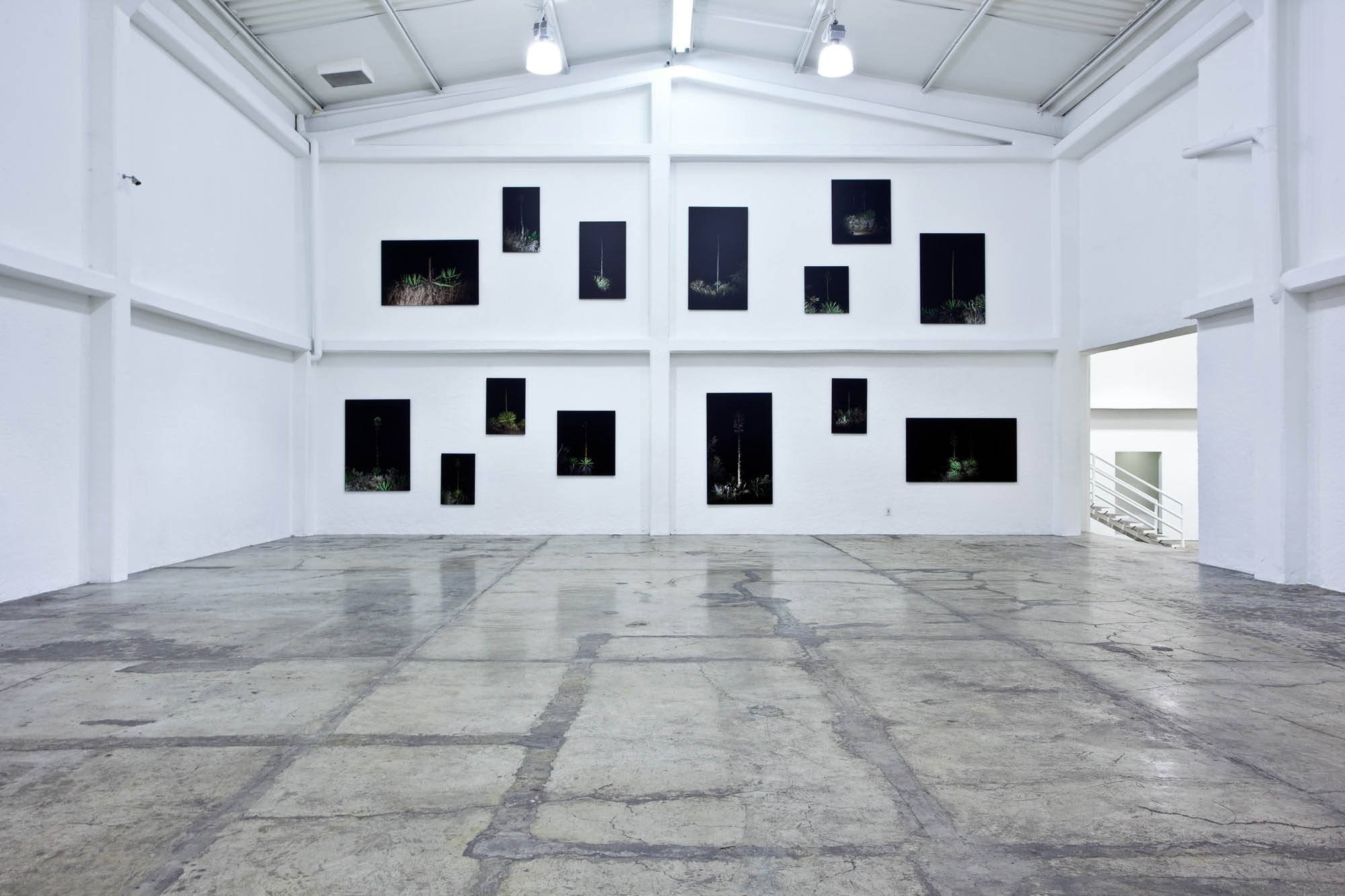 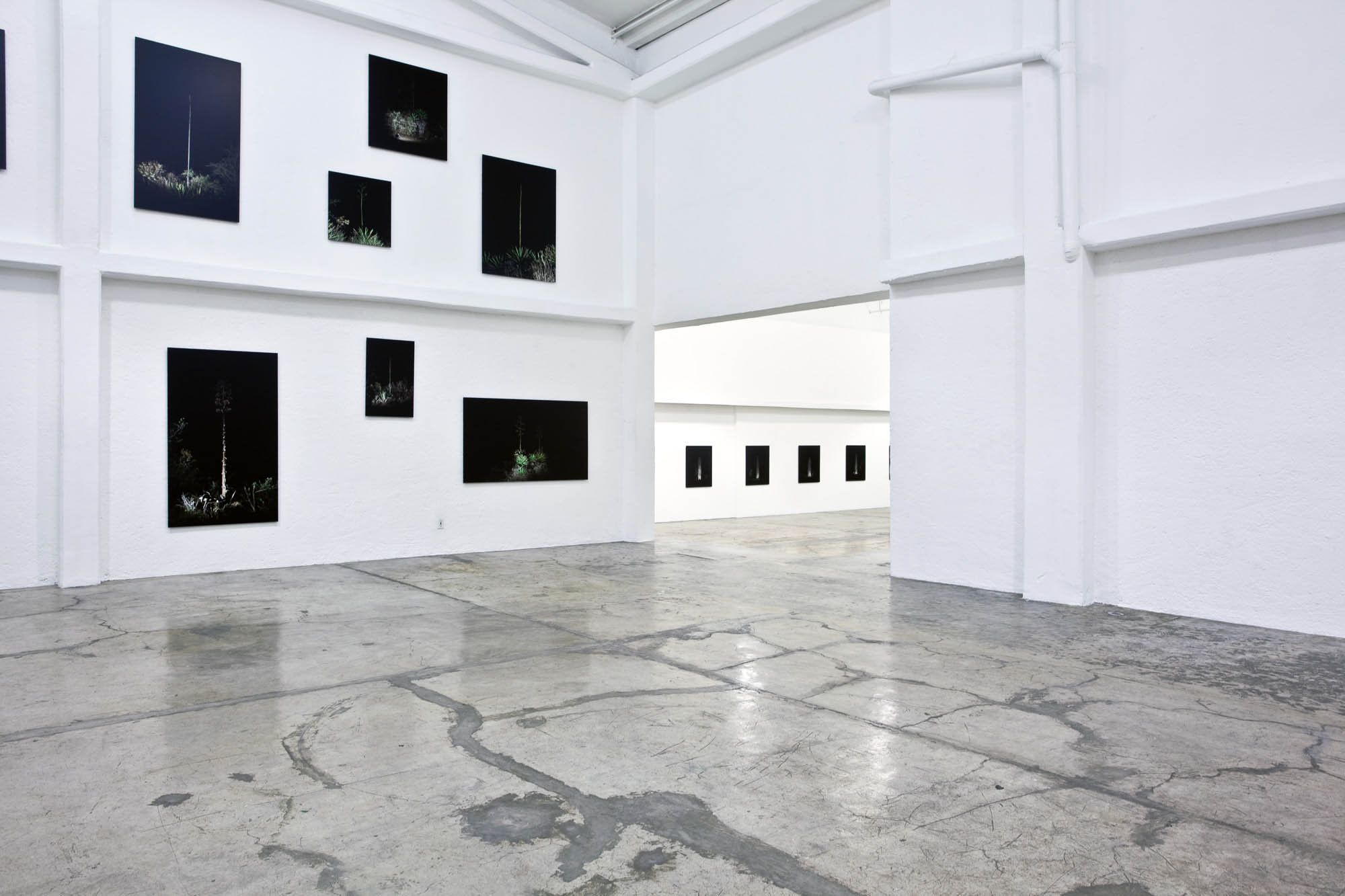 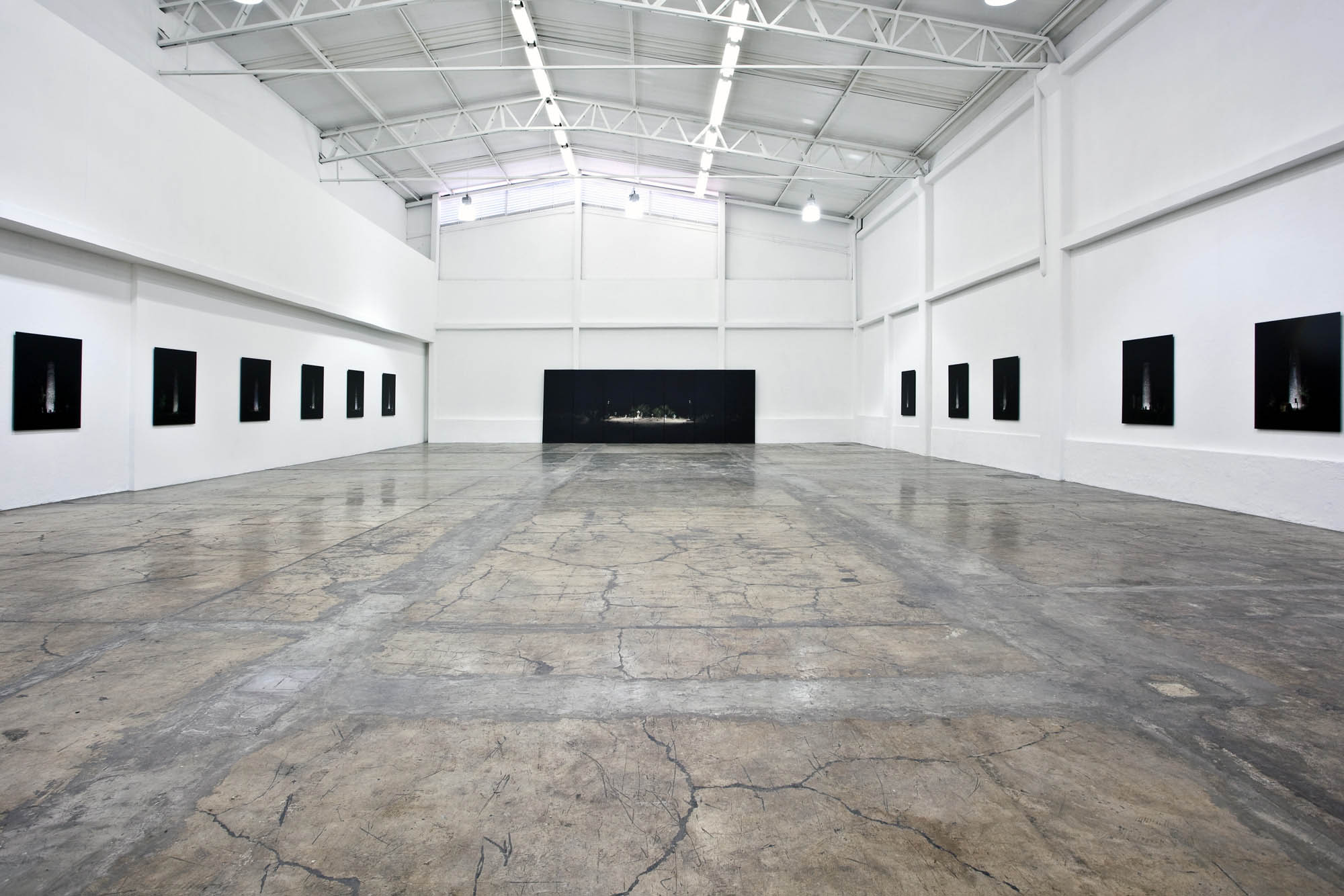 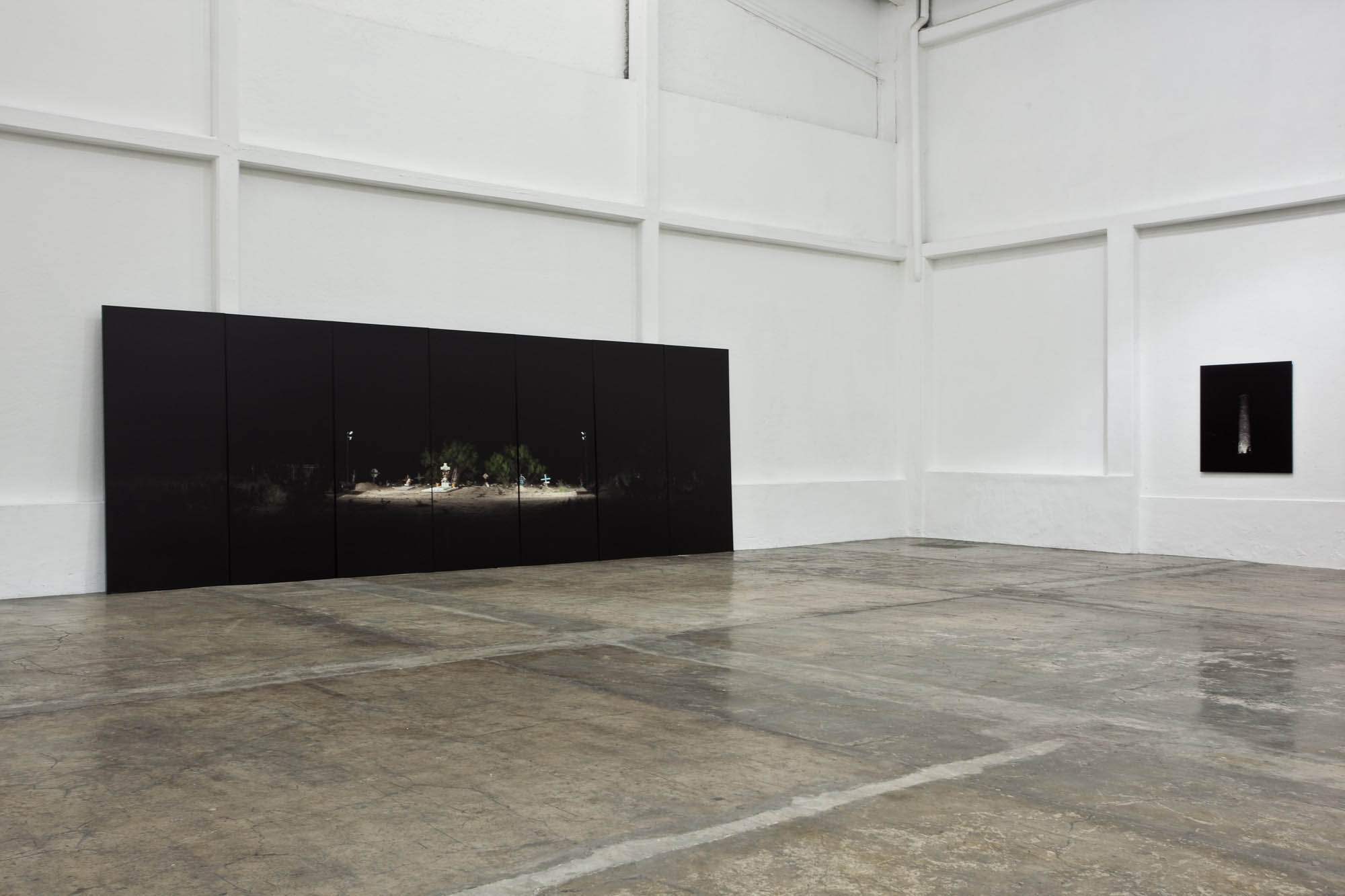 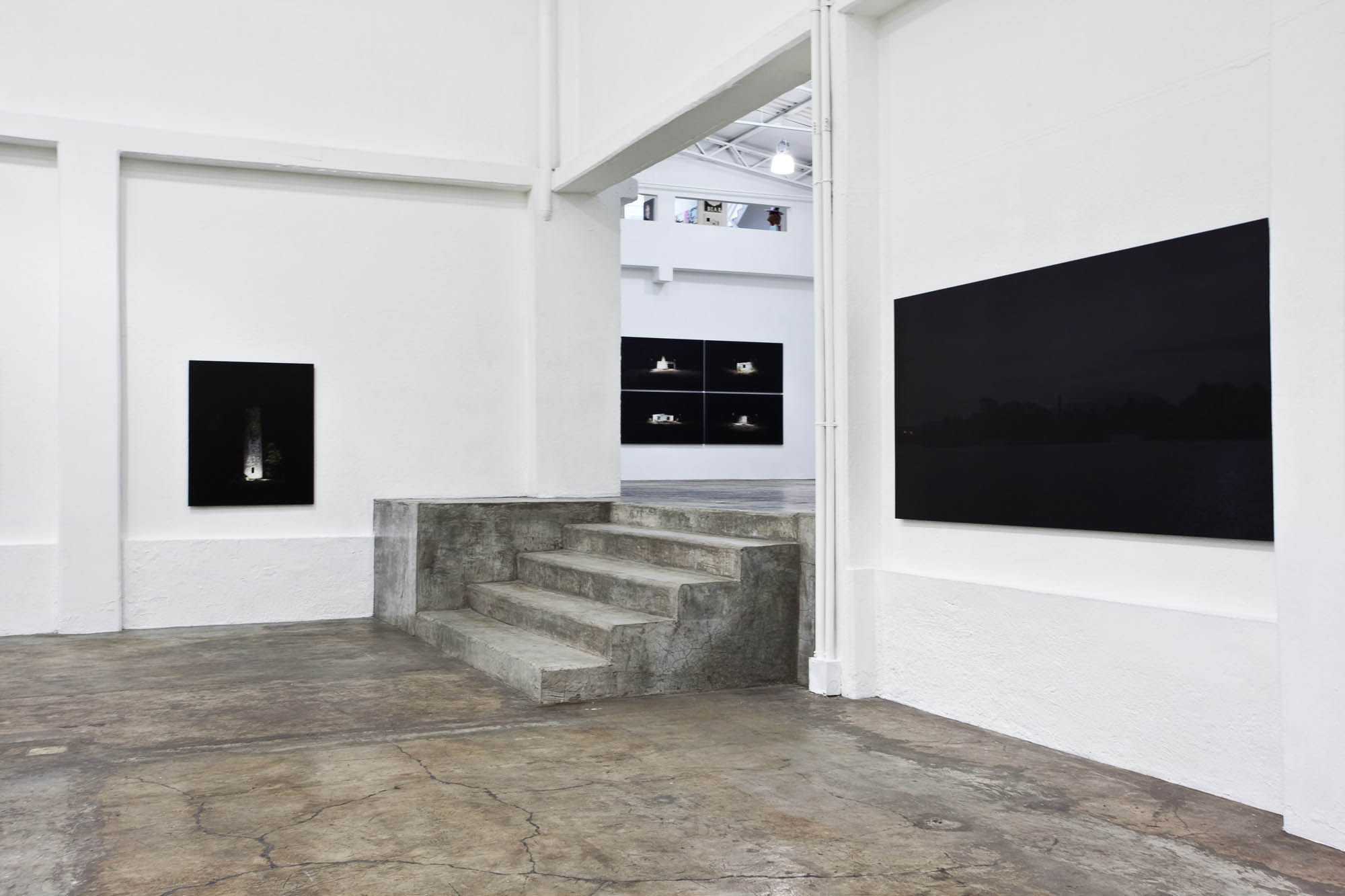 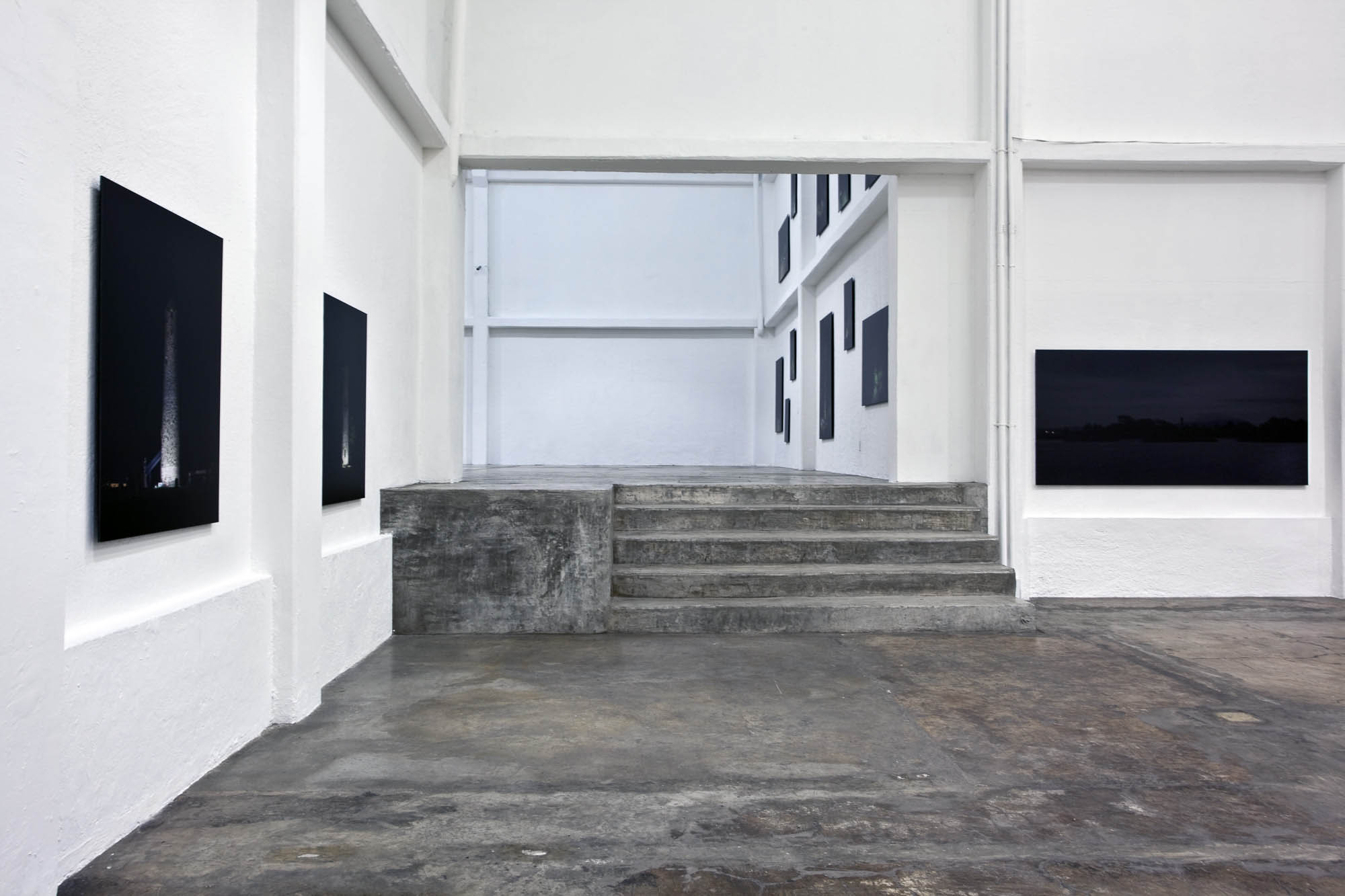 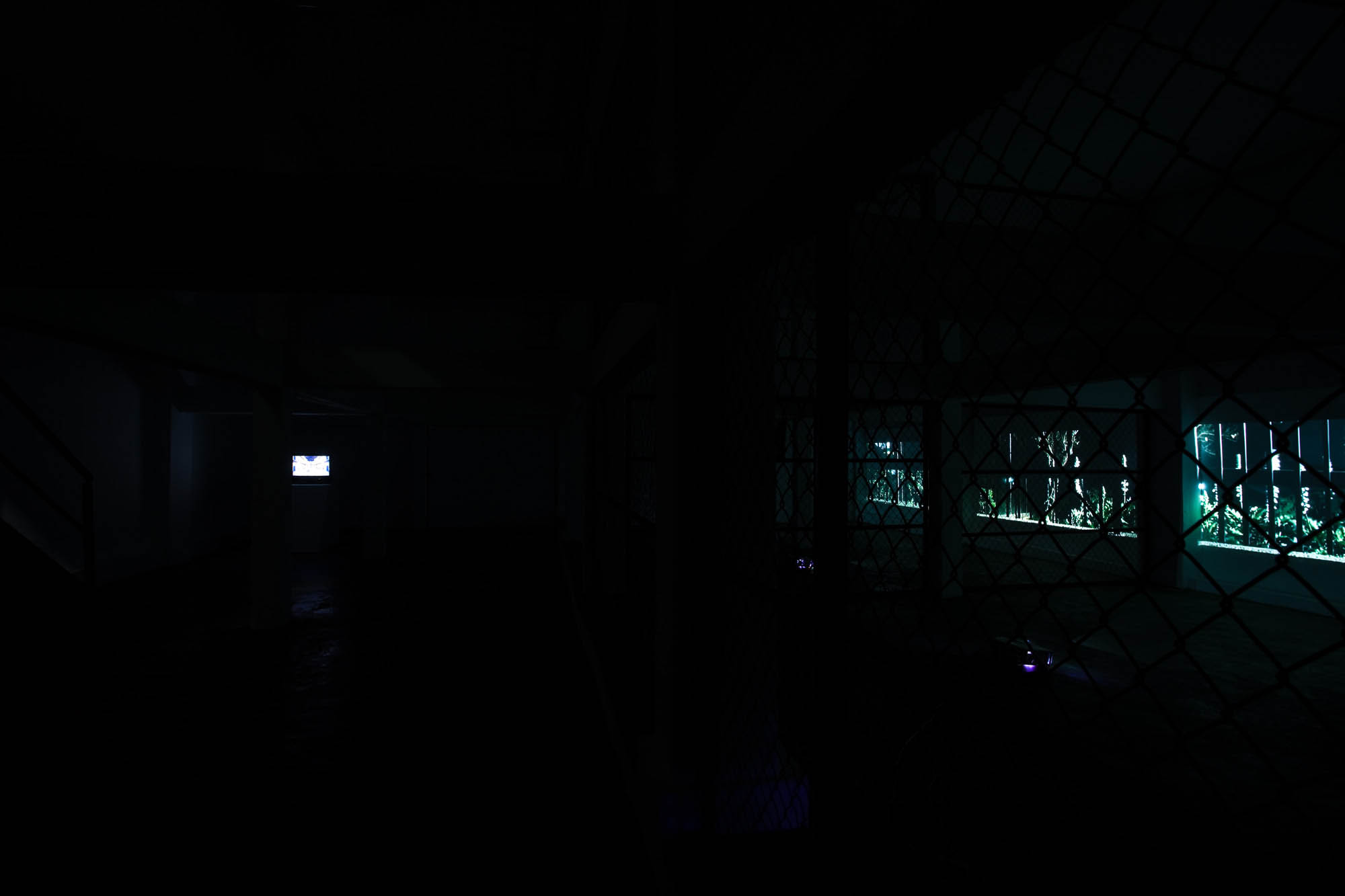 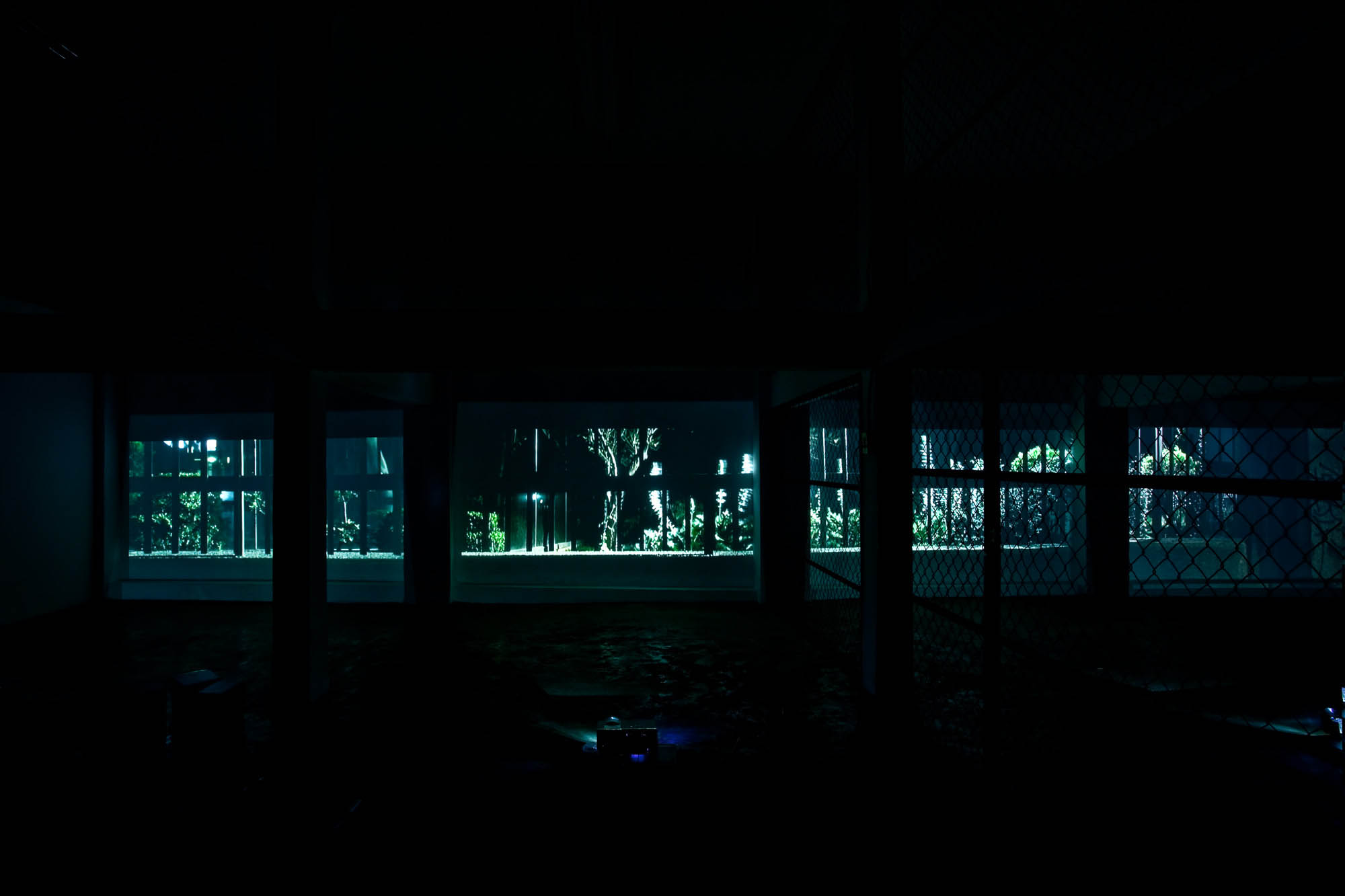 “Natural Frequency”, term taken from Mechanical Engineering, represents the frequency in which the bodies with mass and elasticity vibrate. This term is used to study the behavior of such bodies and avoid than these, when vibrating, get into resonance and collapse, due to an excessive excitation force. The artist introduces us with this term to a universe of opposed forces and their imaginary projections in the human and natural worlds.

The work of Oswaldo Ruiz has been known by its imaginative theatrical use of light in photography and video. Since his early works it has been patent the importance in constructing narrative atmospheres, and this has taken him in this occasion to an ulterior exploration of these symbolic and theatrical possibilities of the image. Analyzing the way in which the imaginary realm functions in Phenomenology, the artist crosses the fields of Mechanical Engineering and Psychoanalysis, to make us face with human, vegetal and inanimate bodies, all submitted to physical and immaterial forces that precede them and cross them, that determine their movements and current oscillations, that decide their present.

The idea of journey, exterior and interior, is fundamental for this project. Here, Ruiz goes to the encounter of natural settings that match an internal excitation of psychological origin. The photographed objects become thus representations of unconscious forces that transcend their physical state. He’s search goes from the antique Irish round towers, which were used in the Middle Age for surveillance and defense, to the images of the “Quiote”, the flower of the maguey in Oaxaca, used as a metaphor of inner strength and its insisting, even against death.

The moments of his travel get fixed into monuments to the current vibratory state of all these bodies. Going from the body of a civilization that collapsed prematurely, the irrigation district “the fifteen” in the North of Mexico; to the Mise-en-Oscillation of a monument to the origin of our surveillance society, the Kilmainham Gaol, in Dublin. This jail was one of the first in adopting the “total vision” of the Panoptic, that changed the way in which the social Other invigilates and marks the individual body. Following this, in another passage of his journey, the artist submits his body to the mark of the Other, getting a permanent tattoo in Oaxaca, like a perennial monument on his skin that expands the resonances of the project.

All these passages create the universe of the exhibition, sliding from the fixed image to the image endowed with time and movement. Where its main axis spins around the balance, always difficult to get of the natural frequency, disturbed by rigidity when bodies don’t vibrate or by excess when they get into resonance and eventually collapse. The artist invites us to contemplate a chain of imaginary resonances that expand in a subtle and brutal way between the personal and  the collective imaginary.